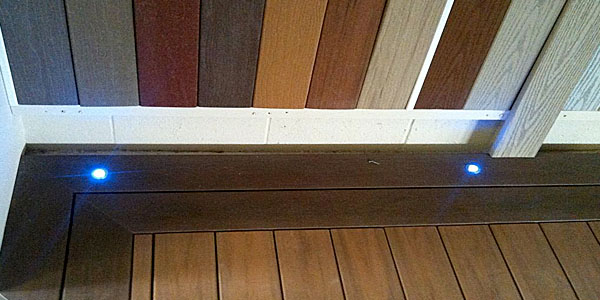 In the world of decking, the growth belongs to an “ultralow maintenance” category — decks made with a durable, coextruded capstock and cellular PVC, according to speakers at a Principia Partners conference.

Several speakers even predicted the decking will overtake traditional wood-plastic composite decking, which has experienced some problems with mildew, color fading and staining. Standard, uncapped WPC decking could become a lower-end product fighting it out with wood decking, they said.

“Demand for those [ultralow-maintenance] products has increased every year since their introduction in 2003, and grew even faster during the recessionary period,” said Steve Van Kouteren, a principal with Principia Partners.

Extruded wood-plastic composite decking came about in the early 1990s and experienced explosive growth from 2000-06, according to data from Exton, Pa.-based Principia.

Pressure-treated lumber is still the most common material for decking and railing, but composite lumber has made significant inroads. During WPC’s period of steepest growth, from 2000-05, wood’s share of the market declined from about 90 percent to around 78 percent, Van Kouteren said. But wood staged a market-share comeback as lower demand for home building reduced wood’s price. At the same time, resin prices jumped in 2007 and 2008.

Looking ahead, ultralow-maintenance decking is poised for major growth, even though capped and cellular PVC deck boards cost more than standard WPC, speakers said at the Charlotte conference.

Early WPC was marketed as a maintenance-free product, building up consumer expectations and leading to some disappointed customers, product recalls and even class-action lawsuits. The original product claims were unrealistic, “but the genie is out of the bottle” and consumers now expect that level of performance, said Bill Ross, vice president of sales for Fiberon LLC of New London, N.C.

Throw in today’s blogosphere-educated consumer — where a Google search for “composite deck problems” turns up 115,000 results, Ross said — and you have an industry in need of better products. The solution, he said, is capped decking.

Van Kouteren said WPC decking’s well-publicized problems make it important to improve the image of non-wood decking. “The industry cannot afford another hiccup. These capped products have the potential to get rid of hiccups,” he said.

But dominance by capped decking is not a foregone conclusion, other speakers said.

TimberTech Ltd. offers several types of decking, including WPC, PVC and capped PVC. “We’re kind of betting on all three, because we’re not sure where it’s going to go. The consumer’s going to have the last call,” said Kevin Brennan, senior vice president of sales and marketing of the company in Wilmington, Ohio.

Even during the recession, demand quickly outpaced production capacity. Fiberon moved to triple production of Horizon decking this year, by adding extrusion lines in New London and, for the first time, extruding Horizon at the company’s plant in Meridian, Idaho.

As ultralow maintenance decking grows, Ross said wood will take market share from uncapped WPC products, leading to downward pricing pressure. “The race probably will be to see who can get closest to the price of treated lumber,” Ross said.

Doug Mancosh, Fiberon CEO and owner, thinks the industry will move rapidly to capped decking. “I believe that within about a two-year period, that this industry will flip from traditional wood composites to capped wood composites, due to their functionality,” he said. “It’s happening faster than I originally felt it would.”

Ross said coextruding a weatherable capstock on a deck board is difficult, and requires a major capital investment. That means the growth of capped decks may lead to more consolidation among deck makers, he said.

Principia’s Van Kouteren said changes in the supply chain could also drive consolidation. Distributors are reducing the number of suppliers they carry. Big-box retailers already sell a limited variety of products. “The number of companies that are involved in the business have just become concentrated tremendously,” he said. “If you’re an established supplier, it’s more difficult to get access to distribution.”

For the first time, there are more big-box building-product stores than professional dealers in the U.S., said Mitch Cox, vice president of sales at Trex. He said pro dealers have the advantage of a broader, deeper level of products in stock for builders. Retailers have smaller inventories and need quicker delivery to restock their shelves.

Attendees at the decking conference also heard Brian Wolf, director of strategic market insight for one of those mass retailers, Lowe’s, analyze the Millennial generation, born from 1979-91. The oldest Millennials are starting to buy their first houses, he said.

The much-vaunted baby boomers have lost huge amounts of money on stocks and home values. They’re aging and worried about paying for retirement. But Wolf said Millennials don’t have those problems because they never accumulated that wealth in the first place.

Millennials like to bring people together, whether online or at social gatherings, Wolf said. That’s an opportunity for deck and patio companies. But it’s a generation raised on easy-to-use services — think Red Box movie vending machines, Geek Squad computer setup, any-time flu shots at the drug store. “They want the good stuff. They want to enjoy it. They just don’t want to create it,” he said.

Videos and house calls to set up your computer are one thing. Decking and building products are another. “It’s a heavy, big, daunting challenge,” Wolf said.

Outdoor living space is not just decks, of course. Increasingly, decks are being combined with often-elaborate patios with features like outdoor fireplaces, hot tubs and ponds — known in the trade as hardscapes.

Hardscaping allows a homeowner to have a “seamless transition” from inside to outside, said Christopher Grandpre, president and CEO of Richmond, Va.-based Outdoor Living Brands Inc., which claims to be the nation’s largest deck and patio builder, with about 200 franchise locations.

Grandpre said hardscaping is not just for high-end jobs. Outdoor Living is doing projects for middle-market homes as well, he said.

Van Kouteren said Principia is working on a report on hardscaping.

Another speaker noted that decking and railing aren’t the only composite building products. Siding is a promising market, said Skip Miller, vice president of sales and marketing at Tech-Wood North America.

Greenwood, S.C.-based Tech-Wood North America rolled out its siding product, called Tech-Plank, at the International Builders Show in January. It is made from 75 percent long-strand pinewood fibers and 25 percent virgin polypropylene.

“We really view our product as enhanced wood,” not a wood-plastic composite, Miller said. Tech-Wood North America officials are looking at other products beyond decking, such as window and door profiles.

The company is marketing Tech-Plank as an alternative to fiber cement, which he said is unwieldy.

The advent of vinyl fence, fiber-cement siding and WPC decking and railing has made consumers more accustomed to new construction products, Miller said. Low maintenance and good aesthetics are important to home owners.

And he said all the recent foreclosures could have a bright side for the industry — 4 million unoccupied houses that need to be rehabbed before they get sold. Banks are hiring contractors to fix them up.

Miller said that’s good news for siding. “Re-siding a house is one of the best investments for your remodeling dollar,” he said. “It used to be thought of as kitchens and baths. Now it’s typically thought of as siding and windows.”