Many reasons to hide exist. In the animal kingdom, concealment—crypsis—is the ability to avoid detection using visual, olefactory (smell), or auditory techniques. While the tactics vary greatly, the strategic purpose is generally either an antipredator adaptation (what animal wants to be eaten?) or a predation strategy (what predator wants its hunting to be detected?).

Camouflage—the visual form of crypsis—is accomplished in several ways: a creature can modify its appearance to resemble its surroundings; it can use disruptive coloration (employing strongly contrasting patterns or colors to hide edges or distinguishing characteristics); it can eliminate shadows by fitting and flattening to its surroundings; it can self-decorate by attaching parts of its surroundings to its body; it can develop a changeable skin pattern or colour (as do chameleons and octopi); it can employ countershading (shading darker above and lighter below) and counterillumination (projecting lighting that disrupts or conceals against detection), it can use transparency (as with jellyfish), or it can use reflective silvering (as shown by many types of fish).

Camouflage can be remarkably effective: at times the concealed creature is undetectable. Try to find the concealed frog in the image below. When you give up, you can peek at the answer here: 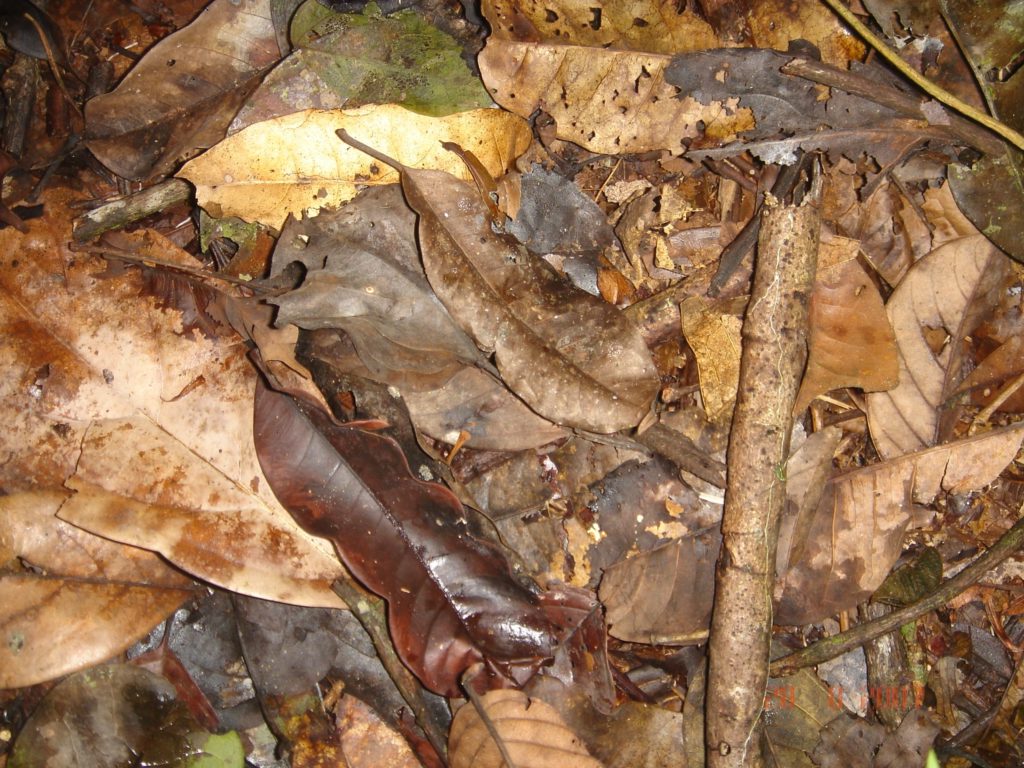 And it’s not just in the animal kingdom that concealment matters: humans rely on the same techniques as hunters, soldiers, or decking installers.

The Art of Hiding Deck Fasteners

Concealing deck fasteners is not a matter of life or death, but people do take the aesthetics of their decking very seriously. As a result, some of the highly evolved concealment techniques used in the animal kingdom are also used in deck fasteners. Fasteners can be simply placed out of sight; they can be colored to match their surroundings; they can be designed to minimize their physical profile; or they can adopt for themselves the material of their context. Put another way, they can be concealed, colored, countersunk, or covered.

Some of the most highly evolved decking fasteners are products of Starborn Industries. Their Headcote line of decking screws use color-coating to blend with all types of decking, including Ipe, Cedar, Mahogany, treated lumber, PVC, composites, and capstock. Eighteen colors are available, and the Starborn web site even has an online “Deck Matcher Tool” to assist with your camouflage effort. 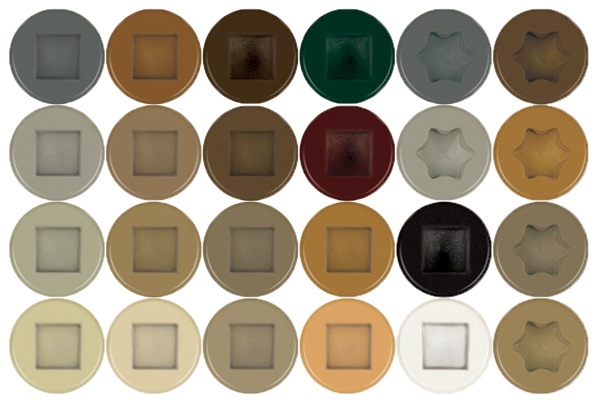 And, as animals might flatten against their backgrounds, so Starborn’s Deckfast Fascia System makes countersinking their Headcote screws perfect every time. A perfectly sized hole is created for the plug that will cover the screw head. 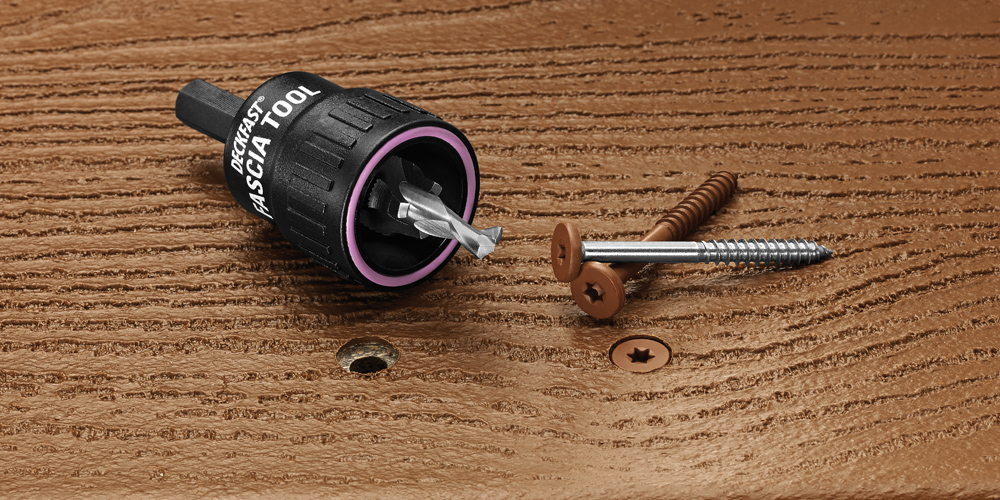 Soldiers might put on a Ghillie suit, or an assassin bug larva might cover itself with dust and sand to match their surroundings. Self-decoration is also a technique used by Starborn in its Pro Plug system for wood or PVC. These deck fasteners are concealed by plugs of the same material as the deck board.