Saber Grills: These Cats Have Teeth 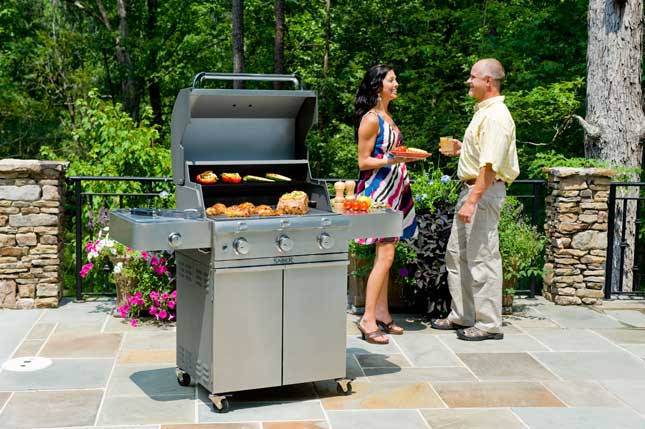 The life of the ancient caveman was often fraught with peril and disappointment. He had to fight for every meal, eat whatever he could find and learn to use his hunger as motivation. You might think that taking down a giant mammoth would be quite a feat, but this was only half of the caveman’s battle (although certainly the harder half). Once the beast had been slain, the caveman must quickly turn from hunter to butcher, before ultimately ending up as a chef. His primitive tools had a hard time cutting through thick mammoth fur and meat, and he was under attack from scavengers from the second his kill hit the ground. He had to learn to eat quickly and without seasoning, while also getting used to digesting everything raw (there was a lot of mammoth sushi on the menu in those days). He could not have dreamed of evenly cooked, mouth watering mammoth steaks at his dinner table…or cooking anything really, at this point. Fortunately for us all, man has evolved, and with him, so has cooking. We discovered fire (eureka!), invented the rotisserie and the microwave oven, and perhaps most importantly of all: the backyard grill. You might think that such advancement in cooking technology would lead us to some level of contentment and complacency; but you would be wrong. A company in Columbus, Georgia began to re-think the way we used our backyard grills, and as a result, a revolutionary product line was formed. Ladies and gentlemen, I give you: SABER Grills.

They say that all men are not created equal, and this certainly applies towards grills as well. Some are destined for greatness, and at the top of that heap is SABER Grills. Designed to bring the experience of high-end, professional style grilling to the average consumer, SABER Grills is the perfect blend of functionality and cost. The engineers at SABER started to create the perfect grill from the ground up, which meant they had to start with better materials and increased durability. They went through a number of different steel options before ultimately settling on something that is 304 Commercial Grade. Translation? This is some of the best stuff in the market today. The frame of this new masterpiece was then completely welded out of 1” thick steel pieces, providing superior strength and stability. On top of this foundation was laid the engine to the entire SABER experience: the grill itself. Burner boxes, firebox liners and grease trays were manufactured using a porcelain coating, which makes for far easier cleanup (not to mention increased esthetic value). A built-in warming rack was added to the grill’s interior (we all hate those flimsy, removable things most grills have), and the lid of the machine was designed using no-flex technology, allowing you years of smooth operation and access. And you can even switch seamlessly between propane and natural gas use at your leisure! 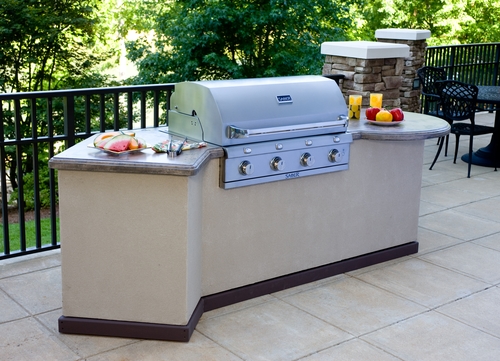 All of these things make for a better looking, more durable product, but let’s get down to the real question here: performance. Looking good is not enough to remain popular (unless you’re Paris Hilton), there has to be some substance to your style. And SABER Grills delivers that in spades. Using patented infrared technology, SABER utilizes something called zonal cooking, which lets you choose the number and size of cooking zones you wish to use. This allows you to customize your surface cooking area to match your current meal, and dramatically cuts down on wasted time and fuel. With SABER’s proprietary infrared cooking system, each burner is enclosed in a separate compartment so that the temperature of one doesn’t affect any of its neighboring burners. What does this mean? Well in simple terms, it means less worrying about grease drippings and food debris clogging your grill, which can effect food cooking evenly and require more cleaning and grill maintenance. SABER eliminates grease drips and fire flare-ups completely, allowing you a more stress-free, less worrisome cooking experience. This system also keeps temperatures at constant levels throughout the grill, practically making hotspots and uneven cooking a thing of the past. This allows the natural juices of whatever you are cooking to remain looked inside throughout the grilling process (as intended), instead of becoming a pool of grease under your grill for your dog to clean up. Your SABER grill can even go from a temperature of 0 to one over 700 degrees in less than ten minutes!

Read What People Are Saying About SABER

So if you’re in the market for a new backyard grill, contact The Deck Store today to go over the complete SABER grill line. There are several different models to choose from, whether you are looking for the traditional stand-alone grill or want something custom-fitted in your outdoor kitchen. With four locations to choose from (Oakville, Toronto, Milton and Oshawa) we are never too far away for you to pay us a visit. After all, if SABER Grills are good enough for our President, then they’re good enough for anyone!